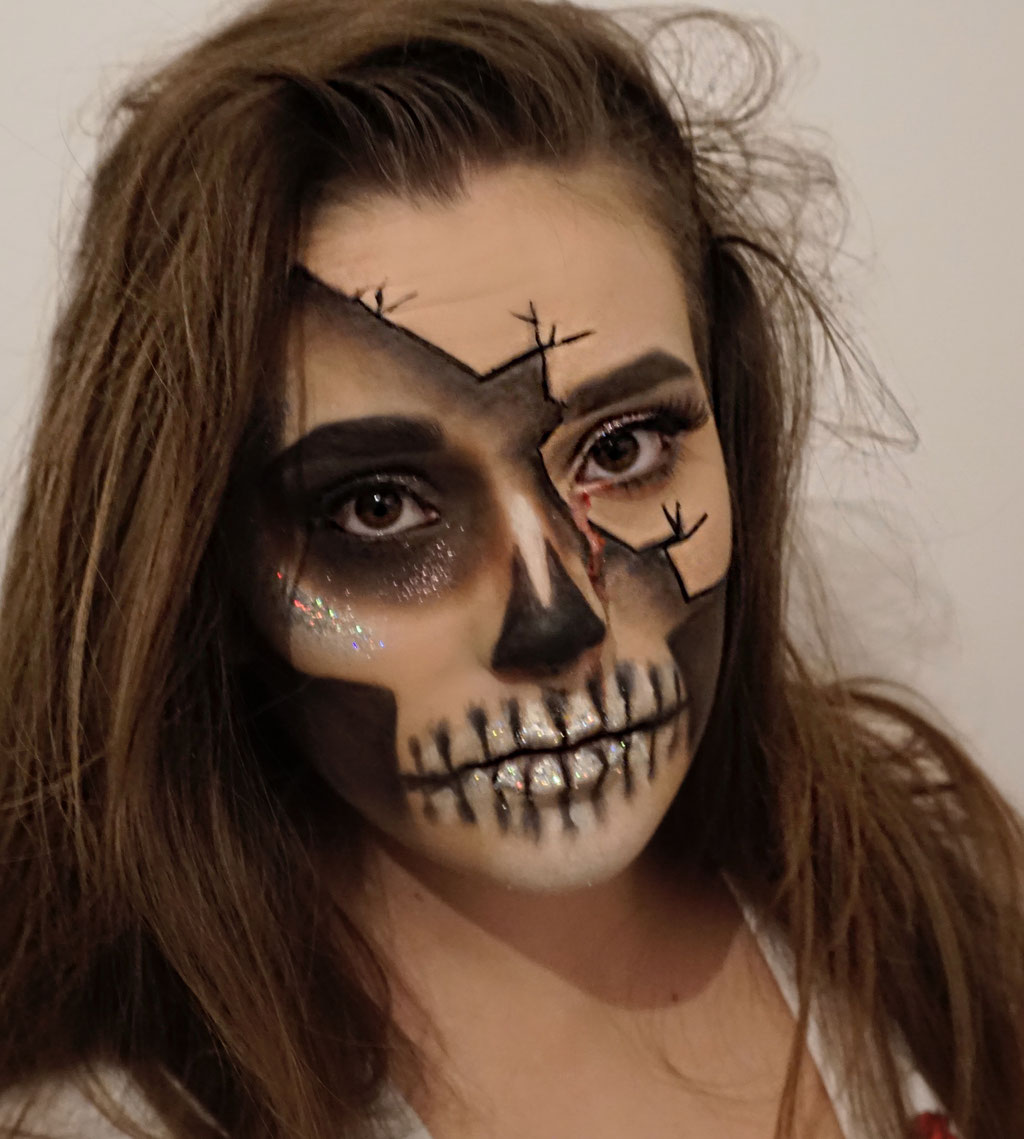 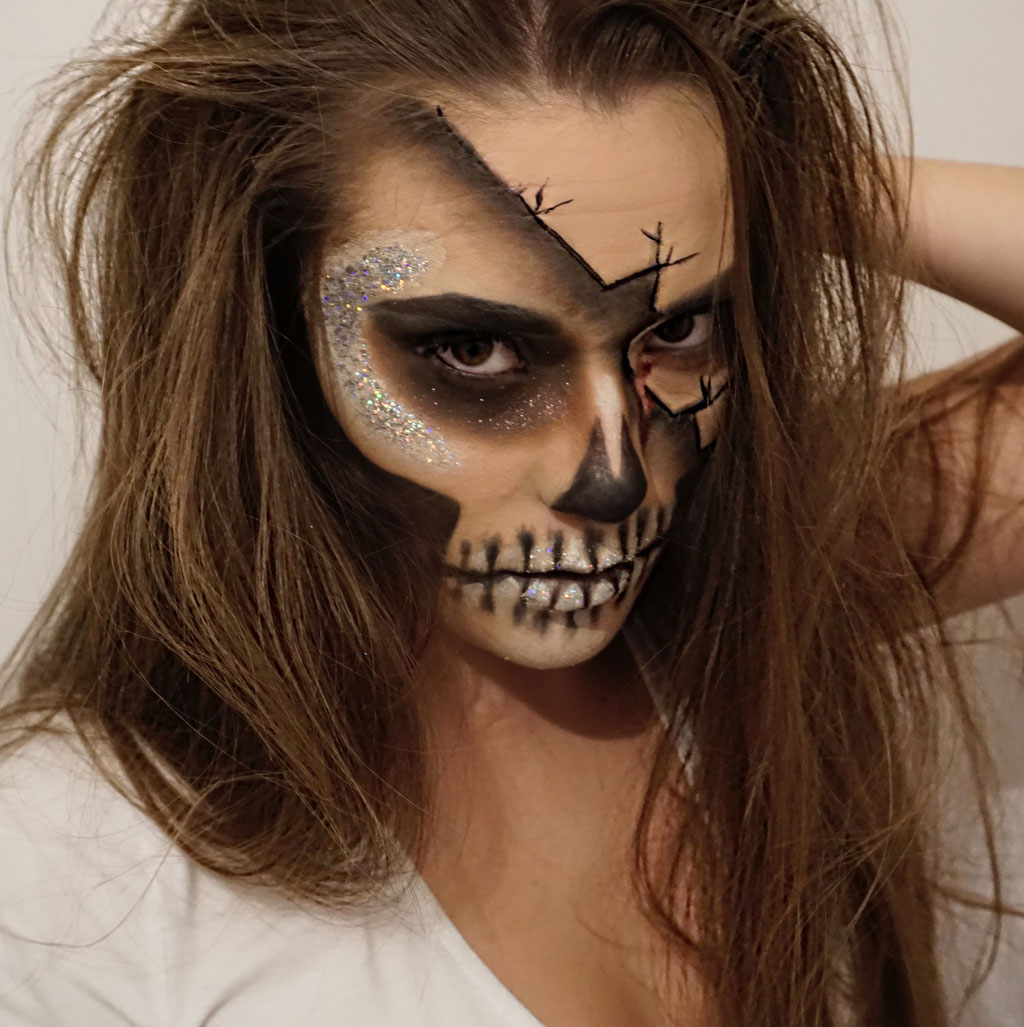 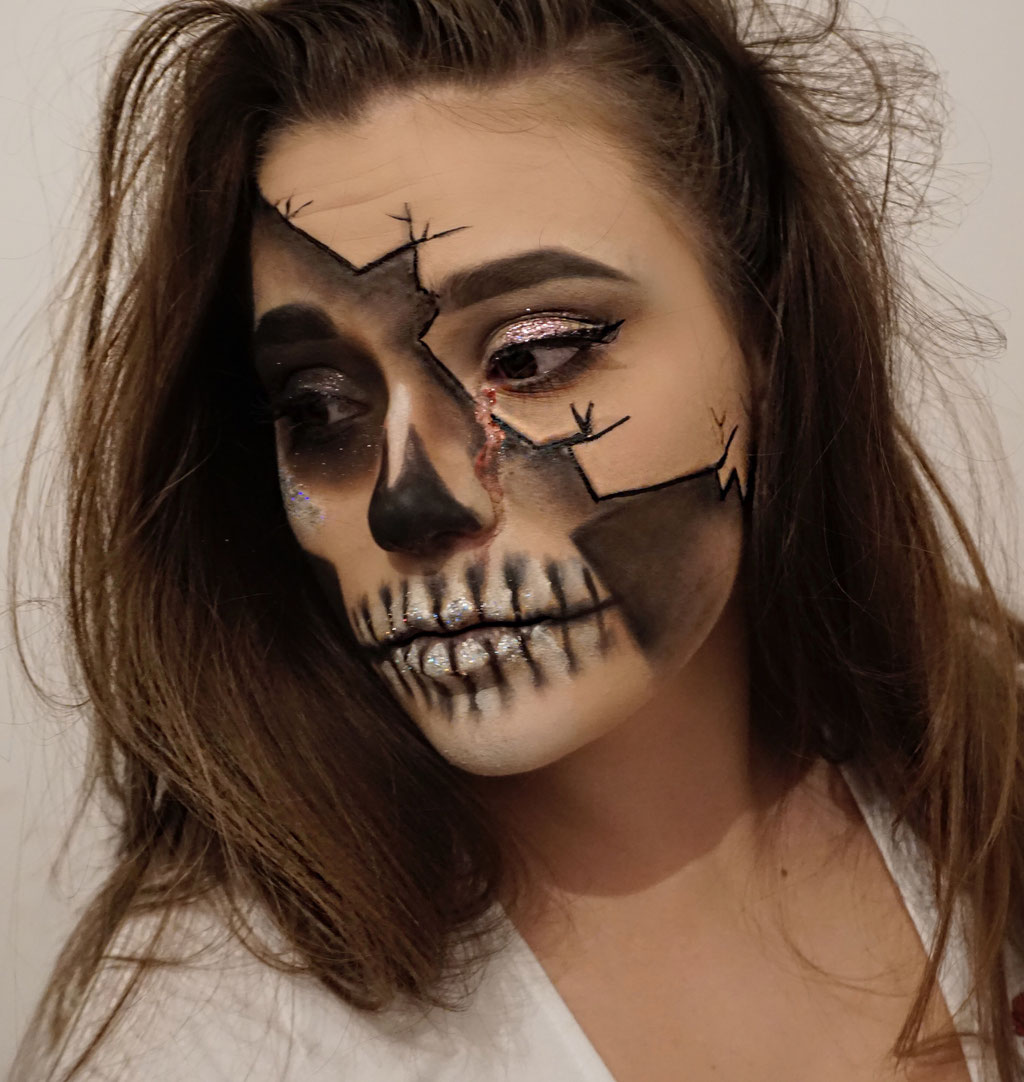 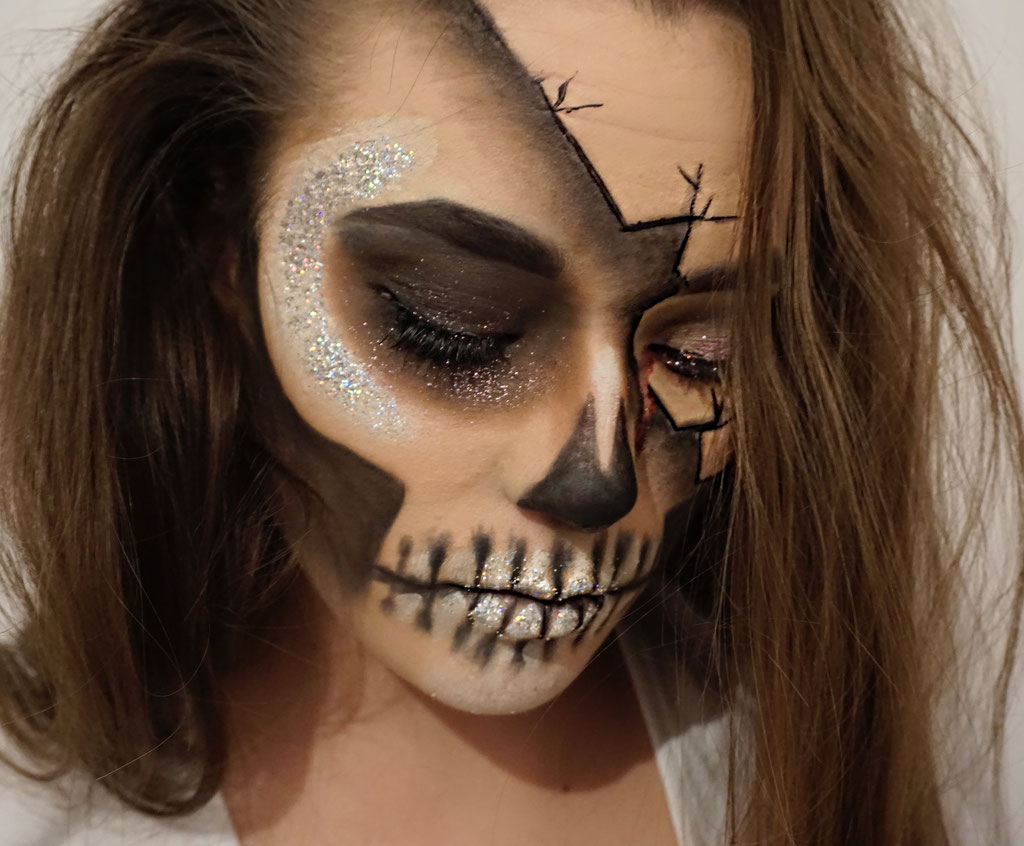 First of all I applied camouflage to cover up every redness, afterwards I applied foundation for this look you should try to use a lighter one, but if not it is also not a big problem, then I applied concealer just to make sure that I don't have dark undereyecircles, naturally that step is only important on the beautyside, and last but not least to finish the base I used a baking powder to set everthing in place.

Then to start of with the real makeuplook I took a thin pencilbrush and black eyeshadow to create the line where my face "cracked". After that I created a normal eyelook on the beautyside with eyebrows and fake lashes.

Now the first fun part started, on the skull side i took a brown eyeshadow on a fluffy brush and draw on the shadows then I went back in with black to deepen them and also to create the 3D-look of the crack. On the skullside I also decided to draw a black eyebrow, but to be honest everyone has to decided that step on himself.

Aftrerwards I went into a white, in my case it hase been something like watercolours for the face but I think that also works with normal eyeshadow.

An now the second funpart: THE GLITTER, at first I put on glitterglue and than the fun started I sticked on the glitter on my "teeth" and to highlight my checkbone on my deadside. And then I went a little over board and sticked it on everywhere i thought it wouldn't impair anything, HAHA and that was it!

The Camouflage is by Catrice, the foundation by L'oreal and the concealer by Maybellin. The Eyeshadows I used have been by Kat von D, Kryolan and Grimas. And the Glitter is a Pigment by NYX as well as the glitterglue.