Micheal and I flew to Abu Dhabi in January, where we stayed at an Double Tree by Hilton hotel. The main reason for this trip was an international figure skating competition (FBMA trophy), in which I took part, but naturally we made an holiday out of this "businesstrip". One day we made a hop-on-hop-off-bustour to see all the sights and hear about the history behind them. After that we visited the Sheikh Zayed Grand Mosque, which is the most impressiv building I have ever seen. On another day we went to some of the most famous malls and shopped a Little bit. At our last afternoon and evening, we took part in a desert safari, which was an amazing experience, we drove through the desert, made a stop at a camel farm and also rode one! At the sunset we reached bedouin tents, where we first watched the sunset on top of a high dune and afterwards we ate traditional arabian food and watched a belly dancer and enjoyed the night with some friends, we got in touch with during the safari.

Abu Dhabi is such a different and amazing city and this journey defenitely opened up my mind for the eastern culture! 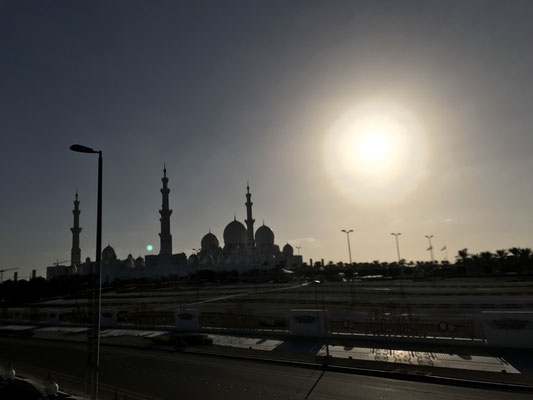 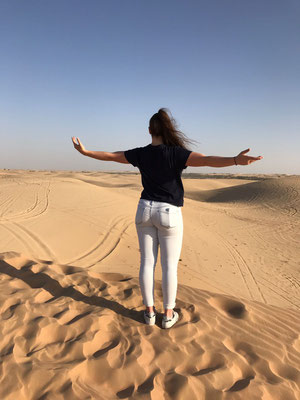 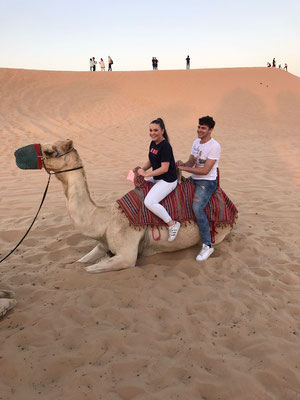